Visualize the full scope of your technology change, avoid congestion and rescheduling. Optimize plans, rehearse events, and increase throughput with the help of dashboards and advanced analytics. 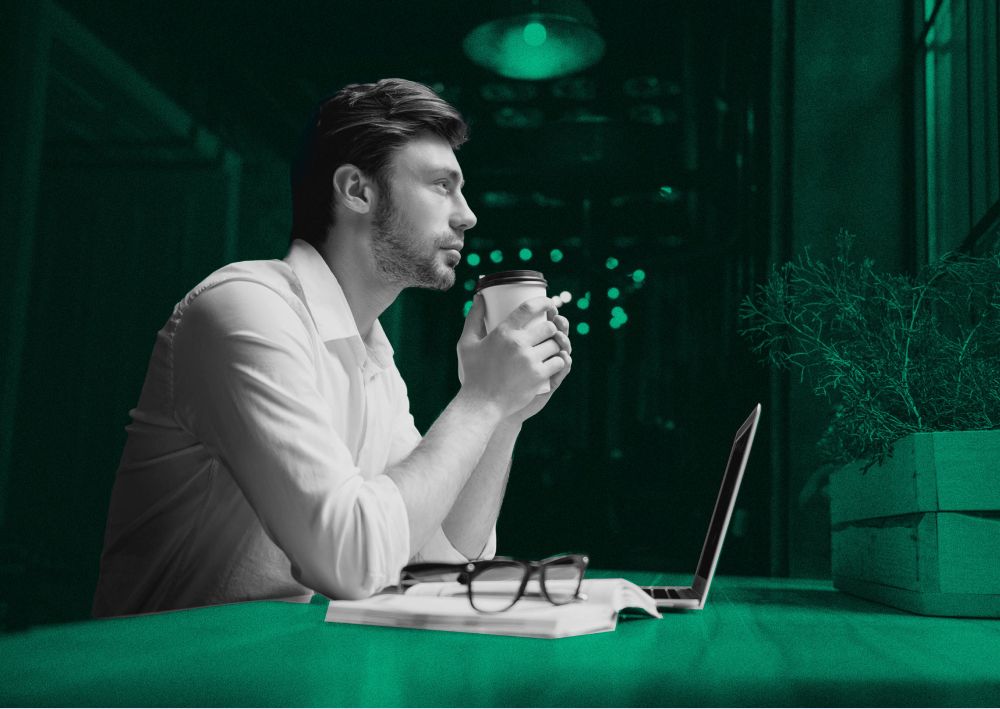 Minimize risk and maximize the chances of success

Cutover enables you to develop the perfect plan for your whole program of change. Use automated runbooks to map out tasks, dependencies, user accountabilities, and timings. Easily build, rehearse, and optimize sequences. Increase throughput while reducing risk by identifying and avoiding points of congestion. Any adjustments and updates are automatically rolled out across the dynamic plan. The Cutover platform allows you to visualize impact, resolve conflicts, and plan ahead with confidence.

Visualize and coordinate your whole set of changes, preempting points of congestion to reduce risk and increase throughput by 20%. Use automated runbooks to build a precise and comprehensive plan of activity for each program.

Map out your full schedule of activities, allowing for greater control, agility, and oversight. Team communications are all handled and stored within the platform, increasing efficiency and accuracy.

Advanced analytics capabilities mean that all event data is on hand in a complete system of record. This is ideal for audit, compliance, and learning lessons to drive future improvements. 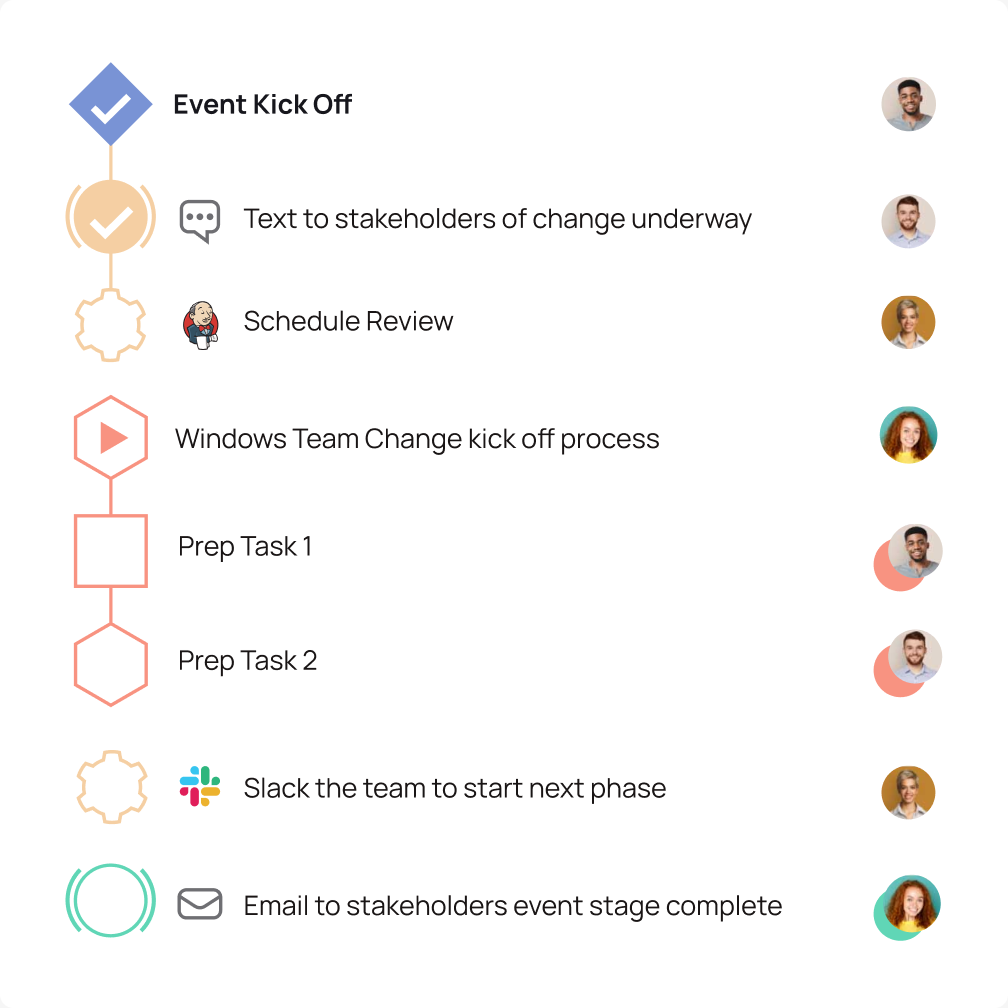 The Global Payments team in a British multinational bank needed a solution to help it orchestrate the 29,000 changes associated with its continuous transformation. The team was using manual tools and processes along with technical automation to plan and execute releases on its various payments platforms. These were no longer sufficient for the volume and complexity of change in terms of involving the responsible people in the orchestration of the changes. Change was not observable across the enterprise, so it was difficult to avoid conflict and ensure the appropriate schedule delivery for business goals.

As part of the governance structure for change, the team took part in a weekly cycle of three meetings. Each involved a different team working to review changes and assess readiness and risk. Only one of the teams had visibility of all the other upcoming changes in the bank. Without enterprise observability of change it’s very tricky to avoid contention, which can lead to having to reschedule changes at the last minute, wasting change capacity.

All of this was supported by a set of spreadsheets that were distributed and consolidated to support each of these meetings. This process was time consuming and led to data becoming stale very quickly, meaning that the single source of truth quickly went out of date

Cutover is now used to manage the change process instead of spreadsheets and hard to observe technical automation. Benefits include an improved view of the velocity of change and a reduction of risk around change failure. There is no longer a need to constantly update and distribute spreadsheets - all the information needed is easily accessible and can be worked on collaboratively

"Effectively managing the aggregate payload of change, contention and co-existence risk has beena perennial challenge. This was amplified in 2019 given the increased change activity. We needed tomaximize the landing slots we had available and the use of spreadsheets was not sufficient. Cutover provided a far more effective enterprise release management capability. Cutover will be the only source we use to review and approve the schedule of change – if it’s not in Cutover it’s not going in."
- Head of Run The Bank Corporate Technology

Cutover enabled the team to eliminate legacy internal applications for managing change conflicts as well as manual processes to manage the book of change. By introducing Cutover, they avoided multiple meetings ahead of releases and also avoided potential delays or event failures by having better visibility of potential problems earlier in advance.

Of the failed or delayed changes that occurred in this part of the bank, approximately 45% were due to execution-led problems. By improving the orchestration of these changes, Cutover was able to reduce the number of failed or delayed changes by half, saving an estimated £15 million per annum. Avoiding failed or delayed changes is also important from a reputational standpoint as the bank was under severe media scrutiny and having an outage that would impact customers would have been disastrous. Thanks to Cutover, the team had better visibility and were able to see any potential issues, e.g. resource contention, far enough in advance to take steps to avoid failure.

"Without Cutover we would have been ignorant of the upcoming log jam of change right up until one week before...we nowhave a chance to address issues like this six weeks before and remedy in time." - Implementation Lead 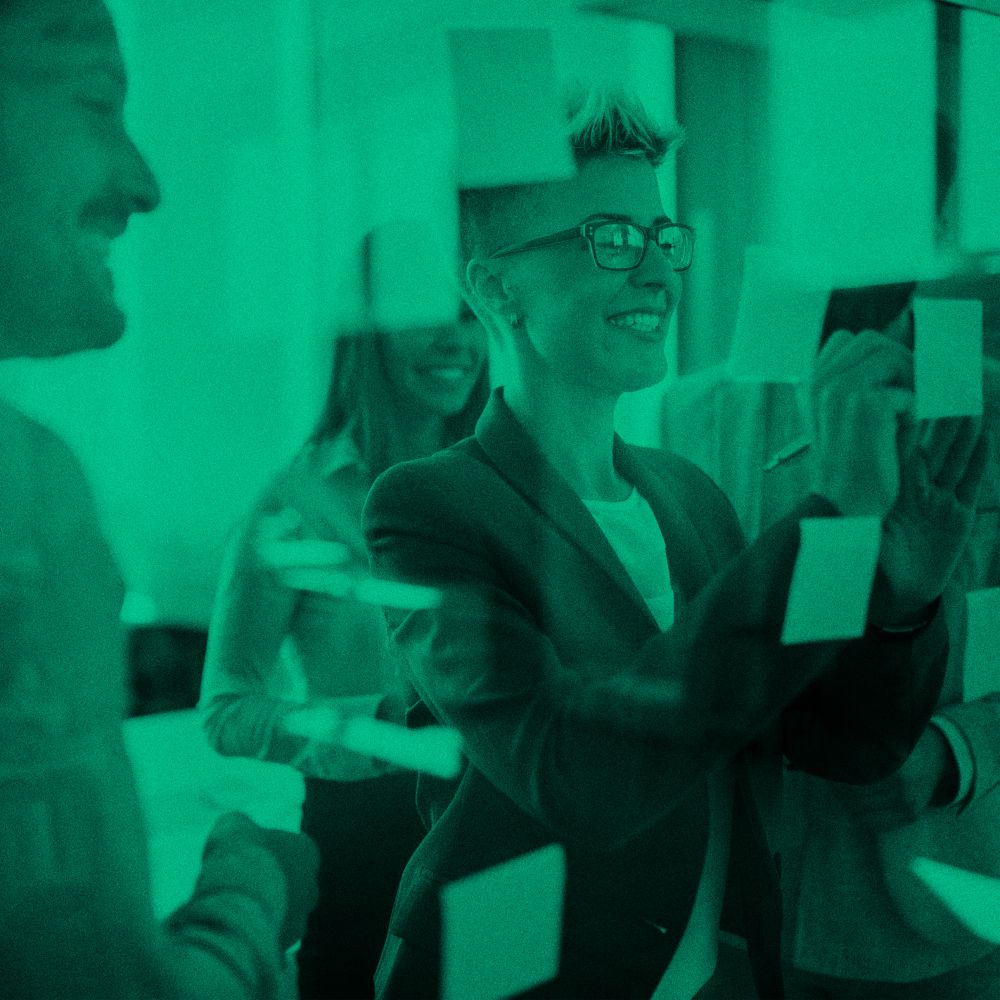 "Cutover is a modern change management platform. Managers use it to create runbooks which document resilience tests and release management. Runbooks become the authoritative record of business processes for IT."

"The ability to automate communications to stakeholders across the business through one system enables us to manage change consistently, reducing customer impact and increasing business confidence in a successful delivery."

"When a change event takes place the runbook is played through and hundreds of individuals can follow the operation as it progresses and coordinate via Cutover's chat function or mobile app. Managers maintain a bird's eye view of progress and IT staff can better see what's required of them."

"Cutover is a fantastically intuitive solution...which will enable us to standardize deployment practices and communication."

Get the latest Cutover updates and insights

By subscribing you agree to with our Privacy Policy and provide consent to receive updates from our company.