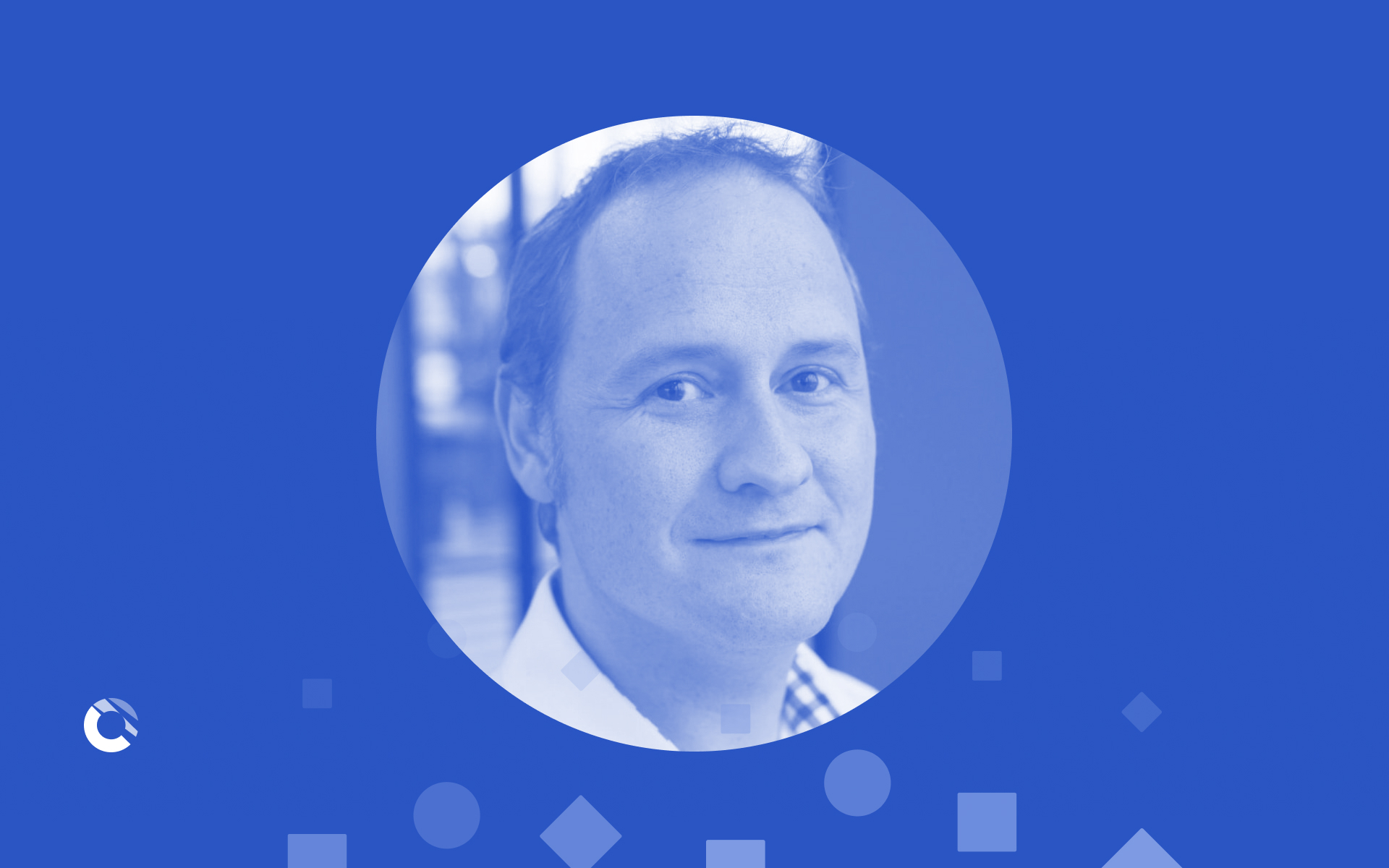 International Women’s Day is a day for all of us to celebrate how far we have come in recognizing a need for change - with it, overcoming challenges, and in some cases changing laws, working practices, societal behaviors, and modern-day culture to create an environment that’s safe and amenable to everyone. It’s a day for all of us to be reminded about the dangers of bias, the importance of equality, and our daily opportunities to ‘Choose to Challenge’ - the theme for this year’s commemoration. Although there is still a way to go, that ability to challenge, and to drive change, is fundamental to an inclusive society, and we believe that progress is underpinned by the notion of resilience.

If we think back even a year ago, we can see how resilience has formed the backbone of our very existence. On March 8th, 2020, the reality of a global pandemic was materializing. We were only days away from lockdowns in their many forms across the globe, and with them, our professional and personal lives were upended, and the world as we knew it no longer existed.

We have all known adversity in many degrees and forms, but there is no doubt that the word ‘resilience’ has featured more in the last year than ever before. We were all challenged with the need to adapt, and we were all in it together. We had to understand what resilience really meant and build an entirely new coat of armor we didn’t even know we needed.

But what is resilience in its simplest form? A natural quality? A mindset? Are there learned skills that can increase our resiliency aptitude? The ability to take whatever you are dealt and still stay afloat takes awareness, understanding, and action. To explore these ideas further, we sought the views and experiences of some of our Cutover ‘resilience’ experts.

Laura Genova, Cutover Sales Director says ‘The biggest thing I’ve realized about resiliency is that it’s a muscle. It gets stronger the more you work it and there is a bit of muscle memory that kicks in if you happen to take a break. Over the last five years, I feel like I have gone off into the deep end of life and am still swimming myself out. If it were visible, I envision my resilience muscle looking particularly chiseled now!’.

And Laura’s got a point. Seeing resilience as a muscle means that it’s something that we can all work on and condition. Kevin Varadian, Cutover VP, highlighted the concept of ‘Grit’ as pioneered by Angela Lee Duckworth. The useful takeaway here is the recognition that not all that we ‘learn’ is academic. Just like building that muscle memory, Angela suggests that real ‘Grit’ is ‘passion and perseverance for very long-term goals. Grit is having stamina. Grit is sticking with your future, day in, day out, not just for the week, not just for the month, but for years, and working really hard to make that future a reality. Grit is living life like it's a marathon, not a sprint.’ What’s inspiring here is the willingness to try, and to fail. In today’s society that’s something that communities and organizations need to be able to instill into the workforce. A culture of trust, of willing, and of embracing failure. As Angela says, ‘We need to take our best ideas, our strongest intuitions, and we need to test them….we have to be willing to fail, to be wrong, to start over again with lessons learned.’

At Cutover, we are fortunate to be working with inspirational female leaders adopting that mindset. CMO Chiara Pensato’s motto, adopted from the Navy Seals, is ‘the only easy day is yesterday’, and she’s right. With time we have the ability to learn, and with people’s stories and experiences, we can build our own resilience mindset. Chiara says, ‘I’ve experienced about three years of life challenges relentlessly being thrown at me. I thought it would never end, but the learnings have been invaluable. Building resilience also helps you give importance to the things that really matter in an unprecedented way.’

Our VP of Finance, Dhosjan Greenaway-Dalini, whose expertise and commitment supported Cutover’s work to achieve this year’s milestone $35m Series B investment round, is in agreement. ‘I feel like I’ve been building that [resilience] muscle my entire life and from an early age. One day I realized the power of perspective in building resilience. When I faced new challenges, I would think: “Hey, you got this! You’ve been through worse. Now just keep focusing on your goals, get the support you need, and push through. All problems are temporary! You get stronger and stronger over time.”'

Dhosjan draws on a really important point. Resilience might be a muscle. It might be an inbuilt or self-taught mindset, but that doesn’t mean that it’s solely down to the individual. Madz Wakefield, Cutover Content Coordinator, builds on this by saying ‘In tough times, I’ve found that building/finding your resilience is often not a solo activity. Some people may think that personal resilience is how ‘strong’ you are alone, but there is a strength in vulnerability, asking for support, gathering your troops around you, and talking about how you feel and what you need. And of course, it also works the other way when someone in your tribe needs support - resilience in numbers!’

That’s why our support network, across professional and personal boundaries, is so important. Samantha Lutz, Senior Sales Executive, supports this, saying ‘What’s truly helped me in the past few years in building resilience, especially professionally, has been working with female mentors that I trust and admire. They’ve helped me to understand my value and ask for support, and they’ve gotten me through challenging experiences. I always recommend building those relationships to my female friends and peers.’

Often resilience needs to be embedded not just in company culture, but leadership too. Chiara Pensato draws on this from her experiences, saying ‘I’m a strong believer in the power of diversity, inclusion, and equality to deliver bigger and better impact at all levels. I think all of us, especially leaders, should feel accountable for inspiring others to embrace this belief and drive positive change.’

Let’s not just think about resilience in an adult capacity either. If this is a muscle to be trained, we need to make sure it’s instilled in the next generation of female leaders. Kate Hughes-Jones, Cutover People Operations Manager, shared some insightful views based on her work with GirlGuiding UK. ‘In my role as a guider I have seen kids deal with difficult situations before, ranging from the death of beloved pets, moving house and leaving their friends, meeting new people and trying new things. I am not there to be their teacher but I am there to guide them through new situations with the standards set by the Guiding Promise “I promise to do my best, to be true to myself, develop my beliefs. To serve the Queen and my community, to help other people, and to keep the Guide Law.” It is not necessarily about succeeding, but trying, failing, and trying again. I am constantly impressed with how they can always find light in the darkness and something to smile about, and are willing to try new things. They and my fellow Guide Leaders have kept me sane during lockdown with their unfailing support, adaptability, and forward-looking mindset.”

The need to adapt is no new phenomenon - it’s something true of hundreds of years in history, of change, challenge, and adversity. The last 12 months have really polarized that concept, and Kate has highlighted that we can all find creative ways of doing so, seeking solace from a network of all ages. That adaptability brings with it a willingness to find comfort in discomfort. Cutover’s Samantha Lutz says that one of her favorite phrases is ‘success is not the result of spontaneous combustion, you must light yourself on fire’. Thriving in uncomfortable situations, finding ways to adapt, and identifying pivot points are central facets to a resilient mindset and lay the foundations of our ability to survive.

We see it throughout history, too. With our company founding heritage in the Space industry, it should come as no surprise that, as they set the pace with technology and change, so they did with equality and female rights, too. The Academy Award-winning motion picture, Hidden Figures, is a great example of this, epitomizing the notions of resilience we have explored through the roles of three unassuming women in NASA, as they changed the course of history.

Katherine Johnson, Dorothy Vaughan, and Mary Jackson worked at NASA’s Langley Research Center in the dizzy heights of the Space Race. They played a vital role in the launch of the late John Glenn into orbit, as well as orchestrating his safe return. Originally ‘computers’ at Langley, working on intense mathematical calculations to support the work of the male engineers, these women saw their roles in the organization close to obliteration when the IBM machines were introduced. Instead, Dorothy campaigned and established herself as the first computer programmer and African-American female supervisor, pivoting her skills to learn how to program and teach others, too. Katherine Johnson was integral to early crewed spaceflight, carrying out the calculations supporting Project Mercury, whilst Mary Jackson became the first African-American female engineer at NASA. These females were driven by adversity but they chose to challenge. They broke down barriers, contradicted commonly accepted beliefs, and in some cases laws, and set the example for resilience, grit, and bravery.

So the takeaway here is that, yes, resilience is built in. But, like a muscle, it’s something we train. It’s something we strengthen. It’s something we look to others to help us with, and sometimes, it’s something we fail at and we’re stronger for it. Resilience is something that we can build into our company culture and inspire professionals to seek improvement and guidance on, with employers instilling trust and confidence as a springboard. This International Women’s Day is about recognizing that resilience across our amazing female community, whilst encouraging the bravery to call out discrimination and question stereotypes to support an inclusive, forward-thinking workplace.